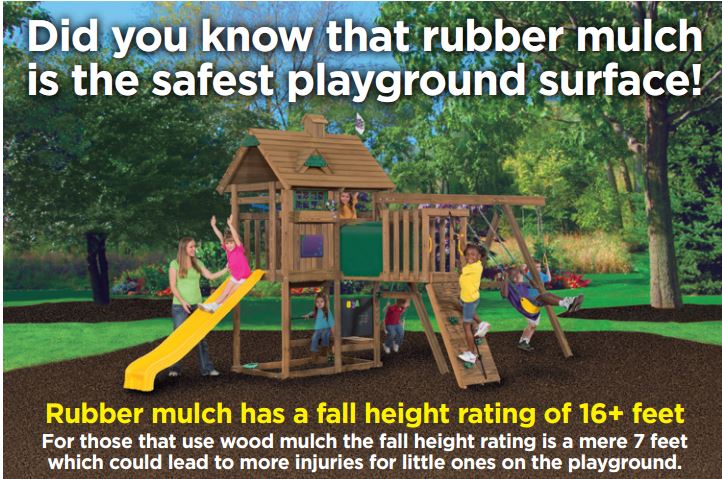 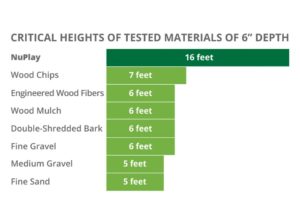 In a recent study by The American Academy of Pediatrics titled “Playground injuries are on the rise; more children treated for traumatic brain injuries despite industry improvements” they state:

“The number of children treated in emergency rooms for traumatic brain injuries sustained at a playground increased significantly between 2005 and 2013.  On average, more than 21,100 children age 14 and younger were treated for traumatic brain injuries annually over a 12-year period, according to the report, “Nonfatal Playground-Related Traumatic Brain Injuries Among Children, 2001-2013.” The report found that about two-thirds of the injuries occurred at schools and recreational sports facilities. More than half of the children treated were between ages 5 and 9, according to the study.  The research documented a total annual average of 214,883 playground injuries over the same period.  Monkey bars, playground gyms and swings were the most frequently reported equipment associated with a traumatic brain injury.  The study recommends that strategies be developed to strengthen adult supervision, reduce child risk behavior, maintain equipment, and improve playground surfaces and environments.”

Loose-fill rubber mulch may cost a bit more more at the start than wood mulch, but over time the savings continues to add up while the injuries continue to fall.

In addition to its unequaled safety rating, rubber mulch also has many other positive qualities that you should consider:

If you would like more information on how to have the safest play area in your area please click here and we will follow up with you to answer any questions that you may have.