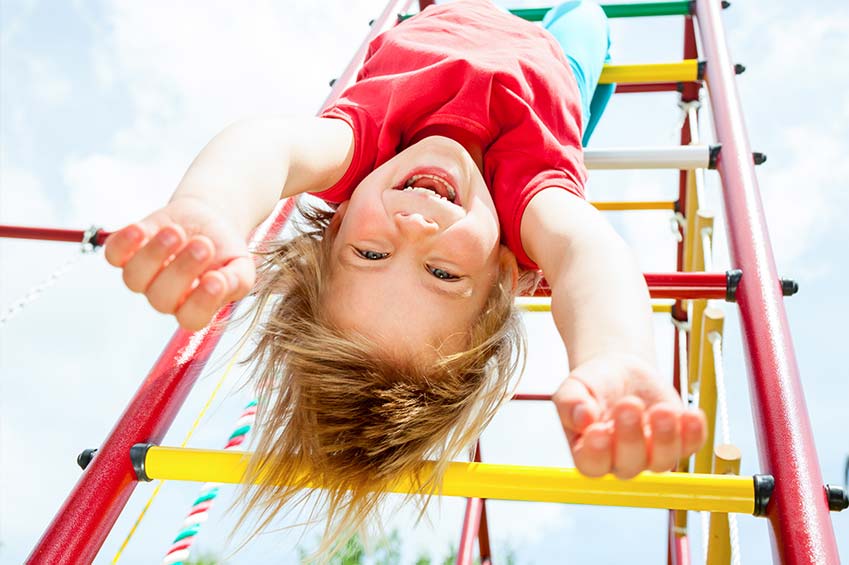 March 2, 2012 — Parents who are thinking about installing a backyard play set may want to start planning from the ground up.  A new study shows that playground injuries are more likely to be severe when they occur at home. The reason? Landing surfaces under home play sets often aren’t as safe as the recycled rubber, sand, or mulch that’s frequently used under public equipment. Tracking Playground Accidents.

For the study, researchers reviewed the circumstances behind nearly 40,000 playground injuries to children aged 3 to 12 who were treated in Canadian emergency rooms from 1995 to 2008.

Researchers focused on three types of equipment: climbing  sets like monkey bars and jungle gyms; swings, and  slides.  Injuries were considered minor if children were patched  up and  released, and severe if they had to remain in the hospital either f or observation or treatment.  Kids were less likely to get  hurt on a backyard play set than on public equipment.  Only 16% of the injuries in the study happened at home.

Researchers say that’s probably because so many more kids play on public equipment than have access to home play sets. But when children did get hurt at home, their injuries were more serious. Compared to kids injured on public playgrounds, kids who got hurt at home had 30% greater odds of remaining in the hospital for their injuries and nearly 50% greater odds of having a broken bone, especially a broken leg. Falls appeared to pose the greatest danger to kids, especially falls from slides. Young children, those aged 3 through 5, who took a tumble from a slide at home had 72% greater odds of a severe injury and more than double the odds of a fracture, compared to tots who fell from slides at schools, day cares, and parks.

The study is published in the journal Injury Prevention.

So how do we keep our children safe while at play?  The study goes on to say that asphalt, concrete, grass and dirt are not safe choices for any play area.  With industry-leading fall height ratings, the clear choice is the safest surface available on the market today – 100% recycled rubber mulch from the industry leader, International Mulch Company.  For more information on surfacing options and colors please visit www.internationalmulch.com.