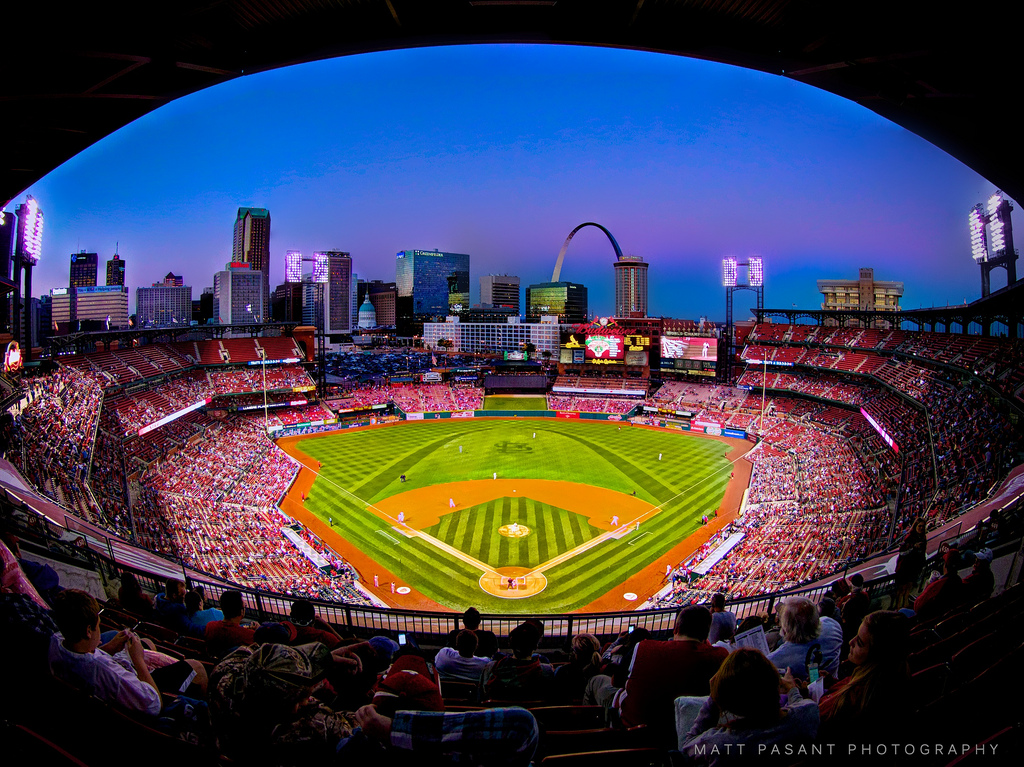 Math doesn’t quite add up does it?  It also makes little to no sense to me as well in this format, but let me explain a bit.  Earlier this year, a news story applauded the St. Louis Cardinals for a cutting edge program – recycling?  Even worse, Major League Baseball had the PR machine in process to announce a partnership with teams to help them address recycling concerns.  Now I commend MLB and the Cardinals for their efforts, and I guess the phrase better now than later comes to mind, but the San Diego Padres have had a program in place for 18 years…18 years!

So to the math.  It is estimated that each major league game produces 6 tons, or 12,000 pounds of potentially recyclable material that is taken to landfills.  30 teams play 162 games, so if you add it all up, MLB is responsible for adding more than 58 million pounds of trash to our landfills every year.  The Pittsburgh Pirates threw out more than 750,000 cans and bottles last year.  For a city known as “steel town,” one would have though that someone would have thought to recycle a bit sooner.

The most troubling part of this endeavor is it’s not like there are people waiting for us to finish our beer so they can take it from us – they are putting recycling cans next to garbage cans.  This is not a new, nor a revolutionary concept.  Major League Baseball has a true opportunity to change the way we go about our daily lives, if they do it correctly.  Every year tens of millions of fans attend games and billions watch from the comfort of their homes.  Cut the pre-game and post-game show by one minute each and talk with the fans about the benefits of recycling.  On national telecasts instead of touting a new episode or series that is “can’t miss,” use the time to educate, encourage and empower people to become more active in the future of our planet.

In a time of self promotion and talking about personal success, some teams have already missed the boat.  It’s fine to briefly talk about what you are doing as a team, but focus more on what we all can do to help the cause.  I guess what I am saying is do more than just put a few blue bins near the exits and alert the media that you are recycling – its not new, and you should have been doing it for years.  Take the opportunity, seize the spotlight and stop talking about how progressive you are…you are not.  Remove the words “I” and “me” from all statements about recycling.  After all, isn’t it about how “we” can all make a difference?