Fade Away? Not with Rubber Mulch! 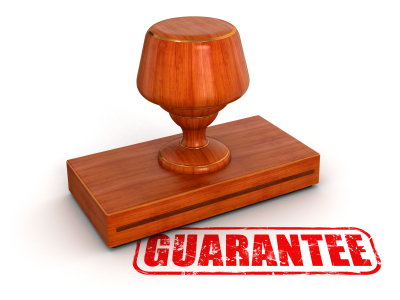 I wanted to start off with some math. Would you rather spend $5 a year, every year for 10 years, or $9-10 one time over ten years? My choice would be to save the $40 over the life of the 10 years. Now what if you mutiplied this simple equation by 20? 50? 100? The odds really start to lean toward the one time spend don’t they?

There are some wood mulches on the market that say their color lasts for more than a year…and they only cost $5 a bag. While the initial price for rubber mulch can come close to $10 a bag (premium Rubberific Mulch), the color is guaranteed for more than 10 years – which can be quite a savings both in terms of time and money over the long haul.

Now I wasn’t planning on writing on this topic this week but a friend sent me some reviews from a large Internet site that basically sells everything and may have the same name as a river (hint) and asked me to read through them.

To be honest, I was a bit startled with some of the reviews that stated the color of this premium color wood mulch lasted in some cases two days…not 365, 2! Great job honey, that mulch really looked great this weekend – looks like you will doing it all over again next weekend!

At the first sight of spring many of us ran out to snap up the first load of wood mulch and colored wood mulch as a way to say “I can’t take the shades of brown in my yard anymore and now my yard looks great.” But alas, victory was short lived, because as spring began, it rained…it rained alot!

With those daily deluges came a stark realization – the once brilliantly colored wood mulch was nearly instantaneously changed to reflect the already dreary tones of brown in your yard – strike 1. Perhaps the first indication was to look at the bag it was purchased in – my guess would be the inside of the plastic reflected the color of the mulch – this is not a positive sign. In addition to a loss of color, these heavy and flooding rains have a predisposition of moving around the mulch that was so meticulously placed – strike 2. Now you have to go back to the store and replace what was only all too recently replaced – strike 3.

I am here to tell you that all is not lost, and you can have a great looking landscape and playground year after year. It’s not rocket science, it’s rubber mulch, Rubberific Mulch, NuPlay, NuScape or Re-Play, take your pick, they all work great and look great for years. They are guaranteed not to fade, rot, compact, attract insects, and being five times heavier than wood mulch, will not float away during even the most torrid of thunderstorms.

Yes, the initial purchase is a bit more expensive than wood mulch, but you will save money in the long run not having to mulch and remulch year after year, which means more time to enjoy your yard and less time working on it, and in it.